The Corpse with the Silver Tongue 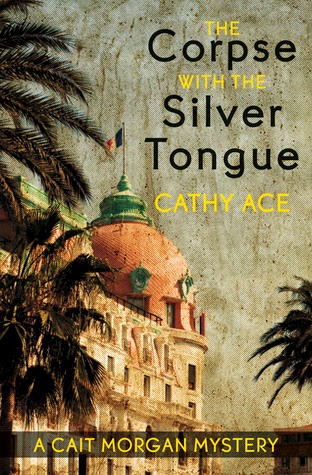 Title: The Corpse with the Silver Tongue

The series was being featured as the February Cozy Mystery Book Club on A Cozy Girl Reads.  It's the first in the series (or so I thought), and I was thrilled at the idea of a Cozy Mystery Book Club.  The author lives in Canada, so it has the added bonus of fitting the 7th annual Canadian Book Challenge at The Book Mine Set.

First, I finished reading this in the first week of March so this is late coming and I don't remember all the details.  Plus I had to return the book, so I don't have it on hand to refer to.

Cait Morgan was born in Wales, lives in Canada, and is currently visiting France on business.  She's a professor (with a focus on Criminology or something along those lines) that used to be in advertising and now consults for the police the side.  She runs into a former boss from her old life, accepts an unwanted invitation to a party for said former boss's wife, and is therefore present and the only unfamiliar face when said former boss dies, apparently of poison.  Plus there's been a theft.  Of course, Cait's a suspect.  And she can't go home until this is all sorted out.  So what better time to put her investigative skills to use?

The story was interesting.  Several elements were mixed in to make things messy.  But it does appear that this is not be the first of Cait's adventures.  There are short stories that took place before this, so I have to track those down before I can move on.
Posted by Jo at 12:55 PM